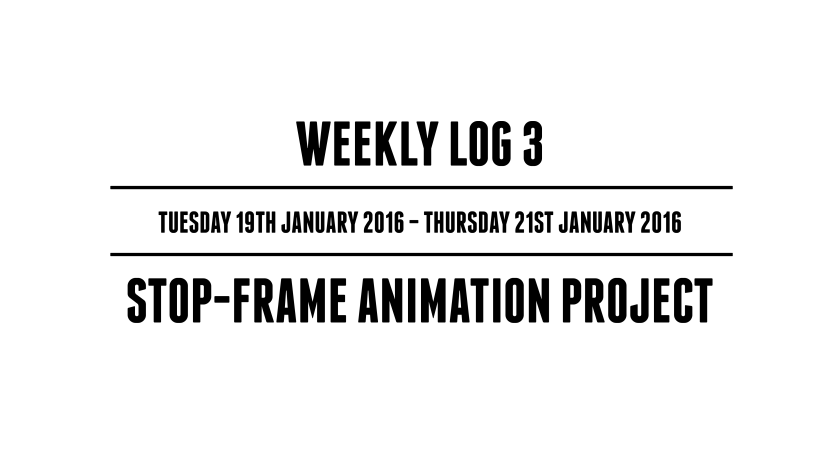 Continuing on from Weekly Log 2 of the Stop-Frame Animation Project, Weekly Log 3 expands further on what kind of research I did from the second week onto the third week of this project.

Following the work I did in the second week, I continued work on the development of my sock puppet, and during this time, I wanted to make sure to get my character to stand, as well as sewing on the eyes for my sock puppet, based on the research I did on the adverts, for instance, the C’mon Chase puppet advert by Vauxhall.

The research I did on the Vauxhall puppet advert relates to my experiments, as you can see in the advert that the puppets walk in a human-like fashion, and I feel this advert, based on the further research I’ve done on some other adverts or television programmes, for instance, Shaun the Sheep, relates to my experiments, given that I’ve made sure to make my sock puppet character stand up so that it can move around a lot easier during the stop-frame animation film process.

To develop my own understanding of the whole idea of stop-frame animation, I did some further research on the stop-frame animation television series, Shaun the Sheep, as I wanted to get a genuine idea as to how anthropomorphism works with characters like him, especially with Wallace & Gromit. I used Shaun the Sheep and Wallace & Gromit to develop my sock puppet character in an anthropomorphist form.

At this stage, after doing some research, I wanted to find out how stop-frame animation works, especially when it came to researching the hit television characters, Shaun the Sheep and Wallace & Gromit, given that all three were developed and produced by Nick Park, who worked for Aardman Studios, but back to the subject though, I researched anthropomorphism, as all three characters connect to it, but I did a bit more research and wanted to find out more about how it works. I found that anthropomorphism represented a character that had human-like characteristics that made that peculiar character human-like, but in either a human or animal form.

I have felt that because of the research/contextual studies I have gathered, I can apply these to help me develop my own experiments in stop-frame animation, and because I have gathered the relevant amount of research at this stage in the stop-frame animation project, I feel that I can apply these to develop my own experiments with anthropomorphism.